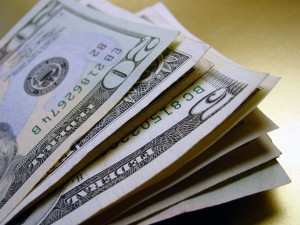 This seems painfully obvious, doesn’t it?

With the rise of e-readers, the decline of shelf-space, and the sheer overload of information, getting noticed by a target audience is a lot like shouting your title randomly at a Rolling Stones concert.

Consequently, it’s more important than ever to promote.  As Cory Doctorow said, “My problem isn’t piracy, it’s obscurity.”  (I love that quote, btw, even though I think he was referring to free reads on Amazon.)  You need to get the word out.

Possible solutions:  a well-planned launch… with plenty of time to lay down the ground work.

2. They don’t know what your book is about.

Think about how you buy a book at a bookstore.

You’re attracted by the cover.  You pick it up.  Then you flip the damned thing over, read the back cover, then crack it open and read the first few pages.

This is where knowing your hook and your high concept is really, really helpful.  You might have about ten seconds to catch a reader’s eye.  Throat-clearing and “well, it’s about a girl, and she’s been…” will result in one quick click away.

Possible solutions:  make sure you’ve got a hell of a blurb; an excerpt on your book page; a sample on buy sites; an excerpt for digital distribution.

Why do bestsellers stay bestsellers?  Because in a lot of cases, they’ve earned it.  They’re a proven commodity.

It’s not merely a case of “oh, readers are unadventurous sheep who only want the same pap delivered in slightly different packaging.”  It’s “readers have been screwed and seen money go down the drain for wall-bangers.”

Right now, they want authors they can trust or a near-guarantee that they’re going to enjoy it.  How are they going to figure this out?

The sample or excerpt will go a long way towards easing that, but possibly even more important:  social proof.  That can come in a variety of forms:  cover quotes are huge. Reviews, either industry, book blogs or reader reviews on buy sites, are also influential.

Also, I would not overlook the promotional potential of libraries. I disagree with authors who want libraries to give royalties to authors.  First, I’ve worked in libraries and spent years there: budgets are tight, and I think if they paid royalties every time a book was checked out, in our economy, libraries would vanish.

Second, libraries are one of the best sources of promo out there.  Yes, there are readers who either cannot afford your book, or simply will not shell out the cash to buy your book (or any other book.)

You know what?  You’re not losing the sale, because they wouldn’t have bought it no matter what.  However, there’s a third library patron: the one who doesn’t want to spend the money because, again, doesn’t know whether she’ll like it.

So she reads it. And loves it.  And gets a late fee, because she doesn’t really want to give it back.  Next thing you know — she goes out and buys it.  And if you can hook her on a series from a library read?  I speak from experience: there is nothing as frustrating as waiting to borrow a series in order. A true fiction addict, once hooked, will go out and clear out your back list as soon as budget permits.

I recently read a blog that said that readers don’t simply want to read books anymore: they want a relationship with the author.  “You are your brand” is becoming a bit more than a tired platitude as readers make buying decisions by not only checking out reviews and buy sites but your web presence, either on your site or on social media like Facebook and Twitter.  If you want to live like an online recluse, your book had better be frickin’ mind-blowing.

4b. Corollary: they know who you are, and you’re bugging the crap out of them.

There are some authors who, in a fit of desperation born of knowing the previous four steps, lose their damned minds and consequently promote as if their lives depended on it. Every tweet, every post, the eight billion yahoo groups they belong to, the forums, the blogs they comment on…all get papered with the promotion equivalent of shrapnel as they try to ensure that people know about their book.

They’re trying to jump start word-of-mouth, but all they’re doing is convincing Those That Generate WOM that they’re desperate and irritating.

When you’re “your brand,” suddenly your book carries with it the mark of Cain: it could be the next Harry Potter, but nobody wants to crack it open because frankly, they don’t want to give you the sale.

Possible solutions:  the “friend test.”  For whatever promo you put out, think about it as if you’re telling your best friend…. one you wouldn’t feel awkward about telling that you’ve got a book out.  Someone you know would love the book, and wants to buy it.  Asking once is a reminder — hey, I’ve got this book out!  Twice, if she’s forgetful.  Nine times?  Now you’re nagging.

Or imagine if you, as a reader, were hearing what you’re about to be sending out. Yes, repetition is important — but if you got the same message, with no other benefit or information or “cookie” for the reader, five times a day every day, wouldn’t you start to get a little pissed off?  Wouldn’t your cursor hover over the “unfriend” box?

5.  They are not the Right Reader for your book.

Again: you’ve got the next Harry Potter, let’s say.  There will still be a bunch of people out there who will simply not buy your book.  They may have read the title, the blurb, downloaded the sample, saw the reviews on Amazon, discussed it with enthusiastic friends who say ohmygod have you read this yet you absolutely MUST!

But they’re still not gonna buy.

Possible solutions:  know who your Right Reader is — and let it go.  You can’t sell them all.  Good news?  You don’t need to.

If you found this helpful, or know someone who might, please go ahead and re-tweet or re-post with one of the sharing buttons below.  Thanks!

16 Replies to “5 Reasons Why Readers Won’t Buy Your Book.”