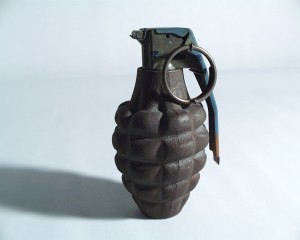 One of the things I hear the most often from my plot brainstorming clients:  “I know where it ends, and I think I’ve got the black moment, but in the middle — I’m not quite sure what happens.”

It’s a litany I’ve heard for years.  Hell, I’ve said it myself.  You get a premise in mind, or a character.  There are a couple of scenes.

Then… there’s this vast wasteland of not quite sure.

It’s called “the middle.”  Which, unfortunately, often sags in a doughy morass of uncertainty or forced shenanigans.

This is especially true in genres like women’s fiction, romance, or cozy mystery.  Why?  Because, many authors argue, they aren’t like plot-driven stories of mayhem and international espionage.  The story arc is delicate, following a love story/coming of age journey/Jessica Fletcher.

(Threw that last one in to see if you were paying attention, but really — you didn’t watch “Murder, She Wrote” and think: wow, Angela Lansbury is one bad-ass mutha.)

In short,authors of these genres often feel that they’re handicapped from a plotting standpoint, because they cannot do what James Bond does without thinking.

They can’t get stuck and solve it by simply blowing shit up.

First, let me be clear — I am not advocating explosives as a cure-all for uncertainty.

You know that your cozy amateur sleuth is visiting her college friend and finds the neighbor dead. In the end you’re sure that the murderer is the neighbor’s honest-to-God butler.  But you’re not quite sure how we get Ms. Cozy from the reunion to the solution.

Having her throw grenades, literal or not,  isn’t going to help your plot problem.

If your story is about a woman who decides to change her life when her boyfriend dumps her, and she takes up trapeze lessons despite a fear of heights, then you’re probably not going to twist in the middle and have her suddenly go Dexter on all her old ex’s.

(Although I would totally buy that novel.  Just sayin’.)

What I am saying: the decisions that happen in your novel need to be more dramatic — explosive — than they are currently, even if you are writing for a “quieter” genre.

There are several ways to “blow up” your sagging middle.  It all depends on:

1.  What your characters want.

Focus on that like a laser scalpel.  This is the goal.  If your goal isn’t clear, then you have some wet gunpowder.

Once you’re clear on what your character wants, you’ve got the first detonation cap.  Just looking at ways to worsen your character’s chances is a relatively easy start.

Ms. Cozy wants to solve a murder.  But she starts asking questions of the wrong people, and it becomes clear that others don’t want her to solve it.  Maybe because her investigation will inadvertently expose other dirty laundry that has nothing to do with the dead guy.  Maybe because she’s making an incompetent detective look like an idiot.  Maybe because her fiance says “damn it, I’m tired of playing second fiddle to this macabre hobby of yours.”

Fiance breaks up with her — BOOM!

Once you know your character’s goal, ask why the character wants what he or she wants.

Then, once that’s answered, ask:  But why does he want that?

Ms. Cozy wants to solve the murder because her best friend asks her to.

(Incidentally, that’s why the best friend is usually turned into a suspect in the police investigation. You’ll only go so far to ease your friend’s anxiety.  You’ll go considerably farther to keep her out of jail.  However, this has been used enough that it’s seen as a contrivance.)

And would like to prove he was killed to keep said embryo away from inheritance.

The reason they’re called cliches is because we’ve seen it before: “Done to death.”  (That might not be a bad title for a cozy, actually.)

We’ll take the cozy yet again.

In your head, you’ve seen it as a woman going to her friend’s aid.

But what if it wasn’t?

What if her friend is begging:  “Pack up your magnifying glass and leave this one alone!”

And Ms. Cozy, being the sleuthing soul she is, realizes that something’s still wrong.  As she digs in, she starts to suspect that maybe her friend isn’t exactly blameless.

That’s not to say the friend is the killer.  But the suspicion — and if they’re good enough friends, the possibility that Ms. Cozy may actually solve the mystery, but feel compelled to cover for her friend — is enough to create one hell of a combustible combination.

You don’t need explosions happening every five seconds.  Instead, you want your reader to see the countdown, feel the growing anxiety and pain.  When that counter hits zero, it’s all going to blow up.

I’ll take the trapeze artist story for a change.  There’s nothing overtly “explosive” about that: no dead bodies or threatening thugs.  “Flygirl” is just discovering her inner strength.  Right?

That is, unless you make her Black Moment a true “rock bottom” experience, which you know is what I’d push you to do.  Look at everything she wants (goal), and why she wants it (and the why behind the why), and then strip it all away from her.

But let me, the reader, see it coming.  See her trying to head it off… and make it worse.

Her goal is to successfully complete this trapeze leap, in front of her family.

Why?  To conquer her fear, to show she’s moved past her boyfriend dumping her, to show that she’s confident.

What’s behind that? Her whole family thinks she’s weak.  That she’s ultimately a soft-hearted victim and failure.  At this point, she’d rather die than be pitied.

So what’s the timer?  She’s got a the big “recital” or whatever, the thing that proves she’s past it.

But before then, you have her take a nasty fall.  And she develops vertigo.

And maybe her doctor warns her:  “you go up there, good chance you’re going to do some permanent damage.  Maybe die.”

And you know she’s gonna do it.

(Yes, this seems ridiculously angsty.  I’m writing this on four hours of sleep with a Benadryl chaser, and besides, I still like the Dexter route.)

The bottom line is, each passing moment illustrates dramatic irony.  We  see all the reasons she shouldn’t do it, and all the reasons why she must do it, heading at each other like two high speed trains.  We can’t bear to turn away from the impending conflagration.

Now… go forth, and blow shit up.