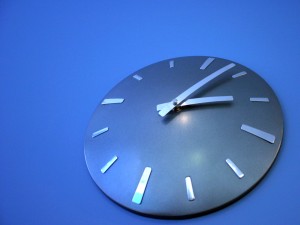 I’ve seen a lot of people wrestling with this issue lately. I’ve been juggling quite a bit, myself, and being a bit time management challenged in the past (read: overbooked and incapable of triage/saying no) it’s a topic that’s close to my heart.

How do you find time to write and promote?

I haven’t perfected the system. I don’t think anyone ever does.  But here are the steps I used to get into the groove that currently allows me to offer my services, write this blog, write my novels, and grow my audience… all while raising a five year old.

You guys know how I feel about author platforms. Promotion is crucial: pushing sucks.  The key is to be connected — to be social, but at the same time, making conscious choices.

I choose to comment on two blogs — the same two blogs — every single day there’s a new post.  Because I’m a writer and I run a writing site, I have a bit more than that, but this is how I started.  Just two blogs.

I did that for a month or two.  Then, I added blogging consistently:  once a week.  Just once.  No post over 1,000 words.  Technically, it made my social media posts easier, but I wound up simply adding a tweet instead of replacing one.

The first time I drove a stick shift car, I thought my head would explode. Or that the engine would.  I was already frazzled trying to simply get the gas vs. brake thing down while steering and paying attention to my surroundings. Then I had to add a clutch and shifting while the engine’s whining and the gears are grinding?  Seriously?

Fortunately, my instructor had me learn the basics on an automatic first.  When it was time to switch to stick, I stuck to parking lots where I could go slowly and I wouldn’t need to shift up too often.  Little steps.  It became second nature… in steps.

Finding time to write and promote works on the exact same principles.  Small steps.  For one whole month, time permitting, write every day.  Just one page, if necessary.  And mark on a calendar or keep track some other way.

Once you start doing that every day for at least a month, add one social media thing.  Post on your media of choice, once a day, every day.  Already doing that?  Blog.  Just once a week.  (If you haven’t set up a website, then break that down into steps, and every day, tackle one baby step toward that goal.) Do something small every day.

They call your creative self your “inner child.”  I am learning the hard way: children need, and secretly crave, routine.

This absolutely sucks rocks, but I hate to admit, it’s the only way I know that actually works.

Write down what you do every day for a week.  I mean everything.  Start with the time you wake up, then document everything you do while you do it.  Don’t wait until the end of the night and try to remember it — that never works!

Do this for a week, and you’ll see where your time is really going.  I fought against this kicking and screaming, but when I finally broke down (thanks to a cool new planner and an even cooler time management advisor) I was amazed at what I did with my time.  I had a lot more of it than I thought — but I was also basically draining my battery in ways I hadn’t realized.

Once I saw what I had to work with — both from a time and an energy standpoint — I was able to make better choices.

If you’re carving out time but not refilling the well, then you’re trying to run a marathon on a Hershey bar.  That wall comes up fast and you hit it hard.  Worse, you’re probably going to berate yourself for not meeting your goals.

When you look at the time you have, and you’re looking at building your routines, make sure that self-care is the first routine on the list.  Before the page-a-day, before the tweets and posts, pick one small but effective energy pick-up.

Keep in mind: you need to see if it’s really sustaining.  That one-week documenting practice will show you what you’re trying to do to pick yourself up vs. what actually works.  If you’re getting your ass kicked on a day job, and then you’re coming home and unwinding by diving head first into a pint of Karamel Sutra ice cream and a Mad Men marathon, perhaps you might wonder why you continue to feel exhausted despite two hours on your couch.

Your small step might be a fifteen minute walk.  Or a big glass of water.  Or — God forbid — meditation.  Something that is possibly irritating as hell going in, but you know in your gut will actually fuel the engine rather than simply let it cruise on fumes.

Simple, but not easy.

These are not glamorous, not sexy, and not fun.  They seem painfully simple, and probably stuff you’ve read before.

But think of it this way.  All you need is about fifteen minutes a day to start building your platform.  You can write a page a day and have a 365 page manuscript ready for revision.

And a bonus tip:

5.  Get an accountability buddy.

You can’t do this alone.  I have the most supportive friends in the world, but I still feel guilty as hell when I have to tell them I didn’t do what I told them I would.

Look at what you’ve got.  Pick a little goal.  Tell somebody.

I’m thinking of starting a Twitter hashtag, like #RYW #smallsteps, or some other way of staying accountable and reporting in.  If it’s something you’re interested in, could you put it in the comments, or email me?  Sometimes it’s hard to find writer friends who understand, and who will cheer you on (or hold you to things.)