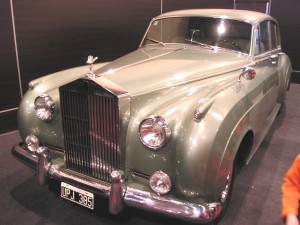 “I would never put out anything less than my best!“

I’ve been reading this a lot lately, in blog posts, in comments, on social media.

Usually, it’s referring to self-publishing ( “I would never publish anything less than my best!”) or to querying (“I wouldn’t possibly send anything that I didn’t stand behind 100%!”)

Just this afternoon, I read a comment where someone remarked “yeah, you could write more… but would you really want to put out some trash like 50 Shades of Grey or The Da Vinci Code?”

Obviously, quality matters.  After all, we are craftsmen: our work is our brand, our legacy, and our business.

But honestly, saying that we will not produce, publish, or even share anything less than our “best” could actually be the worst thing for our writing, and our careers.

Nobody starts out as “the best.”

When we say that we will only release something when it is the “best,” we create an inordinate amount of pressure on ourselves.

For one thing, “best” is subjective.   There is no way to prove that a piece of writing is “good,” much less “best.”

Yes, you can compare grammar and word choice, theme and story arc, etc. But if a bestseller connects with readers, no matter how you feel about the writing, it was the ‘best” for those readers on some level.  There’s no way to scientifically quantify that.

What if readers hate your “best?”

What makes it worse is there’s no way to tell what your ‘best” is, and that can create paralysis.

What if you put out your best, and then critics come and savage you?

The problem being, someone will always savage you, no matter how brilliant your writing.  As Dita Von Teese says, you can be the juiciest, ripest peach in the world… there’s still going to be someone who hates peaches.

If you look outside yourself for what your “best” is, you will find yourself more and more hesitant, going back to polish and second guess over and over, with the result of never producing anything for fear of being judged.  The readers then suffer because you keep yourself gagged and frozen, for fear of being less than perfect.

The other problem with “best.”

Let’s say, for the moment, that you’re not looking at an outside source for your definition of “best.”  Maybe you’re just using your self definition.  “We will ship no book before its time,” that sort of thing.

Maybe it takes you two years to perfect and polish your novel.  Maybe three.  Hell, maybe five.  Because you’re not producing “the usual tripe.”

The “best” on four wheels.

The Rolls Royce is legendary among car buyers.  Every one of their Phantom series, for example, is “hand-built… from seamstresses to surface finish technicians and French polishers, it takes 60 pairs of hands to design, craft, and construct a Rolls Royce.”  Their Ghost series has lambswool carpets that are probably more luxurious than the carpeting in my home.  There’s a “coolbox” in the back seat — and the car comes with, I kid you not, specially commissioned and hand-crafted matching champagne flutes.

That, of course, fit in the mirrored flute-holders.  By the coolbox.

“Dude, I just need to get to the grocery store.”

The thought of what he could do to a Rolls Royce in under five minutes makes my stomach knot. Mud in the lambswool.  Nicks in the walnut.  That hand-tooled leather?  Try “Hot Wheels-Scuffed.”

God knows what he’d manage to stuff into that coolbox.

The bottom line is, even if I had the money, what’s “best” is not necessarily what’s best for me.

How that relates to writing.

I know a lot of writers who want to have their cake and eat it, too.  They want to spend as much time as they need polishing their work, creating these multi-layered, gorgeously complex, hard-to-categorize novels.  They want to make brilliant feats of artistic genius.

They then want to make gangbuster money on said novels.  Because they are “the best.”

“This isn’t like the crap out there!  This is quality!”

They are usually then bitterly disappointed when the world does not universally acknowledge their hard work with critical acclaim and boatloads of cash.  The most disillusioned of the bunch usually then castigate the “ignorance” of the reading public, and bemoan the state of reading and publishing in general.

So is it impossible to create quality work and make a living?

Going back to the car analogy, I may not want a Rolls Royce, but I refuse to drive a car that doesn’t run.  It needs to fulfill a certain expectation to be considered a functional car.  That, fortunately, is objective.  (Writing has a few of these benchmarks, as well — a beginning, middle, and end, as well as a basic sense of story cohesion.)

If my vehicle holds a large amount of groceries, allows ample room for camping gear, is Boy and Black Labrador friendly, so much the better.  I will be a determined and vocal fan. That, for me, would be “the best.”

Which is why quality is defined by context.  By its very nature, it is subjective.

If you pride yourself on sterling grammar and exquisite word choice, thinking that you’re “elevating a junk genre” with it — ask yourself if the readers of that genre are really going to desire that elevation.

I am not looking for the cheapest car, or the quickest off the assembly line.  Just because I don’t adore driving enough to pay for the equivalent of a small house doesn’t mean I won’t appreciate quality.  But it’s got to be for features I actually need, want, and enjoy.

Writing is the same way.

There’s a reason why Rolls Royce charges what it does.

The main reason that those disillusioned writers are so bitter: they often say in mournful terms that “it’s impossible to make a living” as a writer.  And the way they do it, it absolutely is.

Rolls Royce has 60 people hand-working on their cars.  If they then started selling them for the price of an economy sedan, they would be out of business in a hurry.

If you are spending two to five years honing a novel, then you’re selling it at the same price as people who have “banged out” a functional story in three months, you are working at a distinct disadvantage.

That does not mean to make a living you need to abandon all hopes of quality.  It’s not like the four star restaurants of the world are going to shut down and become fast-food joints.  But it does mean that if you’re trying to make a workable business, not an artistic practice, then you need to think in terms of the economic realities of that business.

Charge more.  Or go traditional, and go for a bigger advance.

You can’t go four star quality, and then expect to make a living on volume.  Even the most ardent fan will only buy one copy…  and then it’s two to five years until your next one.

As with so many things in our business, it’s about finding the sweet spot — the happy medium.

Know your ideal readership, so you can provide what is best for them.

Work on what Seth Godin calls “shipping” — getting used to getting novels out, rather than obsessing over minutiae.

Practice is what will improve your craft, and braving the lion’s den of criticism will be what toughens you up and helps you improve your career.

Don’t worry about being perfect. Be yourself, out loud, as often as you can.

That’s good enough for anyone.