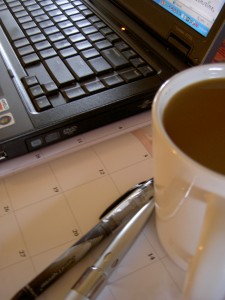 12 Replies to “Is Your Writing a Business, or a Dream?”