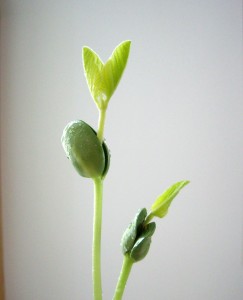 Remember that post where I mentioned I’d be talking about Permaculture?

For those of you who would like to geek out, an example of the full scale principles can be found here.  (I also highly recommend Gaia’s Garden: A Guide to Home-Scale Permaculture by Toby Hemingway.)  While they were originally meant for agriculture, they’ve since been applied to things like engineering and design.  Frankly, I’d be shocked if some economist isn’t working busily away, using the same template.

In a nutshell, though, here are the principles (I’m using theGaia’s Garden version, which is a little different than the website’s), and how I feel they can apply to writing.

1.  Observe.  Take your time and look at something, rather than diving forward and hoping things work out.

For writers specifically, this can mean observing the publishing climate — especially in a time of extreme shift and uncertainty, like now.

2.  Connect.   Hemingway writes:  “The number of connections among elements creates a healthy, diverse ecosystem, not the number of elements.”  It’s not how many plants you have — it’s how well they all get along.

3.  Catch and store energy.  From an agriculture standpoint, it means doing everything you can to capture, collect, and hold stuff that will be helpful.  Got rain?  Get a barrel. Tie it to a slow drip irrigation system.  That’s a hell of a lot better than shlepping a watering can all over the place.

For writers, the most effective thing I can think of is:  routines.   Templates.  Systems.  Not for the creative writing itself.  But how much energy do you waste if you’re flipping through your previous books to remember your hero’s eye color?  How much do you waste in re-inventing the promotion wheel?  In writing different emails to every blogger you want to query?  Not saying that everything needs to be coldly mechanized, but you can nip and tuck a template if you’re asking to be reviewed.  You don’t need to start from scratch every time.

4.  Value stacking.   Everything needs to serve more than one purpose.  You plant a thorny hedge around your property that’s fruit bearing.  That keeps the dear out, gives them something on the pointy side to still nibble at while still saying “hey, stay out.”  It also provides your family with some fruit, maybe.  So that’s protection and food.

For writers:  how often have you heard “the quality of your book sells your next book?”  So your novel is both a creative outlet — which, when you’re writing, provides you with a certain amount of happiness and stress relief — as well as entertainment for others, and serves as a promotional tool.  Value stack!

5.  Redundancy.  If something needs to be done, there are a few elements that act as fail-safes: nobody keeps the eggs all in one basket.

For writers, I see this really tying to promotion.  Don’t count on one review to push you over.  Don’t necessarily count on one book to pay your income, either.  Look for several things that will accomplish what you need… just in case.

6.  Make the least change for the greatest effect.  Hemingway calls them “leverage points” and they are the simplest thing that will pack the biggest punch.

7.  Small scale, “slow” systems. Develop small systems, test and tweak them until they work, then build from there.

This again could apply to both writing (and you guys know what a fiend I am for noting and developing a writing process) as well as promotion.

8.  Optimize edge.  They say that the border between two environments is one of the most diverse & productive places in any system… so go for the edges.

Again, still playing with this.  Could this be the “edge” between two genres, the way urban fantasy exploded out of nowhere a few years ago, or chick lit sprouted from the intersection of romance and women’s fiction?   Or steampunk?  Or is it the edge between readerships?   Worth thinking about.

9.  Succession.  There’s a cycle to everything.  In nature, ecosystems go from immature to mature — from barren land to weed-filled grassland to shrubs to young forest to mature forest (if you’ve got enough rain, anyway.)

Nobody has to tell writers that publishing is cyclic.  The key is to know where in the cycle your genre is, and where in your career your cycle is.  Contemporary romances are showing signs of coming back; angel and demon paranormal romance is on the wane.  As to careers — where are you in the cycle of succession?  Just starting out?  Mid-list?  Riding a high?  Or maybe waning, and ready for a re-boot?

Digital publishing has everyone a little crazy, and it seems hard to predict, but it’s worth thinking about in terms of succession.  It’s I’d say moving out of a grassland, past shrubs with some real trees filling in there (ironic metaphor, I know.)  The landscape is changing.  What do you want from it?

10.  Use renewable resources.  This probably rings a few hippie chimes, I know.  But it’s also just smart, from a “lazy person” perspective.  If I use rechargable batteries, I’m not constantly running down to the store every time my kid runs down his Wii remote.  I’m also not looking for places to dispose of e-waste.  Right there, the rechargable battery is brilliant.

For writers, what could this mean?  Honestly, off the top of my head… series is a renewable resource.  You’re not starting from scratch in every novel.

Also, your Right Readers are renewable resources.  Once they consider you an auto-buy, you’re not constantly funneling effort and time into getting past their reservations and convincing them to try your book.  In fact, a good Reader will be an advocate for your book.  They are worth cultivating.  Hell — they’re worth their weight in gold.

11.  Obtain a yield.  If you have something, it needs to do something.  If you grow an annual plant just because it’s pretty, without any thought to the rest of your design, you’d better gain a hell of a lot of enjoyment from it… otherwise, it’s wasting space, energy, and time (your time in planting it and caring for it since the other plants won’t really connect and help it out.)

That doesn’t even need an explanation, right?  Although I will say this:  most authors don’t do a post-mortem of what works-what doesn’t other than a collection of rejection letters and royalty sheets.  Granted, with stuff like promo, it’s often hard to say — there isn’t a clear line between, say, a blog tour and a sales number.  But there are ways to track somewhat.

And there are ways to see what actually works for you, personally, beyond the traditional “sales” yield.  For example, if going to a book convention makes you break out in hives, don’t do that.  Unless you really feel like it sold a ton of books and that’s more important… but odds are good that’s not the case.

I’d love to hear your thoughts on the principles, and if you think that there are connections — and possibly a more organic way to approach what we do without it devolving into complete creative anarchy.

3 Replies to “Permaculture for Writers.”