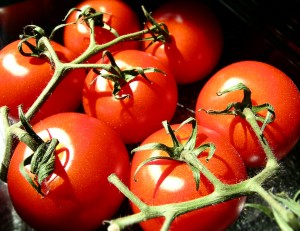 As I’ve mentioned, I’ve been researching promotion, trying to come up with a plan that isn’t so frenetic.  What I discovered was, rather than simply a new approach to promotion, I’ve been casting about for a sustainable method of writing.

By this, I mean writing without burning out and freaking out… and still potentially making a living.

You’d think this would be a relatively simple thing.  Apparently, it isn’t.

Nobody’s interested in making a living. They only want to make a fortune.

Those that see writing as an art bemoan the state of literature.  That people only want crap.  That something like (I won’t name names — think of any runaway bestseller that people are panning the hell out of) can make the NYT list, but any writer with “real talent” is forced to make less than $50 a year indie-publishing his or her own book.

They usually talk about how they don’t care if they make any money or if anyone reads their books — they’re in it because they can’t help themselves, that their writing is purely about self-expression and writing the best book possible.  They see branding as a plague and writing as, essentially, a hobby.

Some may never complete a novel.

You have the aggressive self-promoting indie, for example, who is working on increasing his productivity, branding his work, posting on LinkedIn about his latest tweet about Pinterest pins.

Then you’ve got the anti-indie, who sees self-publishing as the lazy man’s way out, a fool’s gold rush for amateurs who can’t hack it.  This group might suggest that true writers know the industry, pay their dues, and realize that if you want to play with the big boys (and make the bestseller lists), you’ve got to think like the big boys.  Or, namely, the Big Six.

Here’s a new one.  Writing-as-farming.

If you think about it, there are a lot of parallels.  We’re producing something for others to, essentially, consume.  But we’re not constructing  a building or mass producing cars.  A lot of factors can influence the novel — and we’re never quite sure what the seed is going to ultimately yield.

You could just garden for yourself, sure.  No harm in that.  In fact, there’s a lot of pleasure in that, and you could putter around and try different things every season and if all you wind up with is weeds, well, shit happens.  Better luck next year.

You could try to start a commercial farm.  You could pick a really popular “crop” and plant a boatload, hope that you get a good harvest.  If corn suddenly becomes unpopular, you could tear up the soil and start over with beans.  It would mean a metric ton of work, and a good deal of risk, and you’d need to go for marketability and speed and transport — hardiness over flavor, in some cases.  You’d need a larger market to make the whole thing profitable.  It would be anything but a hobby.

Or you could grow stuff that you like, that you know other people want… because, well, you hang out with a lot of those other people, and they’ve said, “you know, I really wish someone would grow a really tasty heirloom tomato around here.”  And you’d think:  well, I frickin’ love heirloom tomatoes.  And I’ve got a good sized plot of land.  And you know these guys are willing to pay more for good, local, tasty tomatoes.

You might not make a living off it for several years.  But you’d have a bunch of really fun tomato aficionados to hang out with, and hey, yummy tomatoes.  That doesn’t suck.

As word of your tomatoes grows, you find that you’re onto something. You’re growing maybe some other stuff, too… corn and beans, let’s say, that are also heirloom and they work with the tomatoes. (Permaculture!)  And you’ve got enough demand that you’re ready to shift to part time on your day job.  And you bought the empty lot next to you, and you’re building the soil so you can grow a few more crops.

You’re not going to suddenly buy a twenty-acre farm out in the boonies.  But you can make a decent living, selling things people want, growing things you enjoy.  While you’re still working quite hard, it’s work you love.

Neither artist nor corporation.

While a delicious, luscious heirloom tomato can be a thing of art, I don’t think farmers think of themselves as artists.  They know that there’s craft, science, and hard work in what they do.  The plants don’t give a damn if your Muse is feeling recalcitrant.  The land needs what it needs.  And every day is different.

That said, they don’t all say “I’m going to compete with WalMart” either.  They’re not looking for the best tomato strain to travel cross country in an eighteen-wheeler so they can capture more market share.

I believe that writing involves hard work.  I think it’s important to know the industry, to understand the factors involved.  I think it means continually improving your craft, putting in the hours, planning and revising and being open to feedback.

I believe that writing means connecting with readers.  I think that it’s important to know who you’re writing for.  I think that this audience should be larger than simply yourself, although I think it can be considerably smaller than most would have you believe.

I believe that writers deserve to be adequately compensated for the work that they do.  I also realize that “adequately compensated” is a moving target, especially in the new world of digital publishing.  Yes, a book costs less than a latte.  But the author can, in theory, make more per copy on that “cheaper” book than he might have in a legacy publishing structure… even after overhead costs of editing, design and promotion are taken into account.  Things vary.

I believe that we can take some more time in crafting quality novels.

I believe that, through thoughtful connection rather than calculated hype, we can slowly build an audience that will sustain our work.

I believe that once we move away from the “bestseller” approach to fiction, we can start to develop a more enjoyable, higher quality, and still profitable model of business.

And I may be crazy, but I strongly believe I’m not the only author that thinks this way.

Please share, re-tweet, or forward… and let’s see if we can’t start growing a movement that, in my opinion, is long overdue.

43 Replies to “The Slow Writing Movement.”