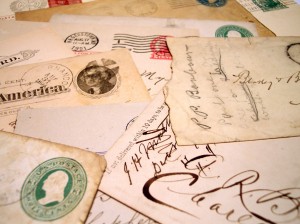 I can’t believe it’s May already.

Five months into my Year of Cruise experiment, and I have to say — once you’re on board, time gets a little elastic.  But here’s what I’ve learned so far, almost halfway (!!) through the year…

Honestly, I was just trying to plan a damned organic garden.  It seemed like a nice, relaxing, “Year of Cruise” thing to do, right?  Besides, I love fresh grown tomatoes.

Then, strangely, it turned into an obsession.

I was studying sustainability and reading Barbara Kingsolver’s Animal, Vegetable, Miracle and muttering to my husband “dude, we could totally have a farm. And a cow!  Definitely a cow!”

Then, I discovered Permaculture.  In a nutshell, it’s a set of guiding principles, based on an observance of nature, that encourage ease, productivity, and creativity… with the least stress possible.

The principles are elegant.  They are intuitive.  And they are head-smack obvious.

I could wax rhapsodic about Permaculture for hours, so I’ll cut it off there… but it has changed my life, and it’s definitely changing how I look at both writing and promotion.

Apparently, “no goals” does not equal “no productivity.”

I discovered my Muse is in love with Permaculture as well, and she’s been productive as hell. I finished the first book of my Urban Fantasy series, and I can say it’s probably the best thing I’ve ever written.  It feels the most “me.”

I also learned that I love teaching — which I knew, but didn’t know the extent.  I’m teaching more classes over at Savvy University.

I also unearthed that one of my missions in life is helping writers write more easily.  Whether that means getting unstuck, or managing their time/energy/psyches, or plotting their novels, or just having guidelines to editing… that’s what I love.  Creating frameworks and helping institute practices.  I’m a process girl, and a hippie, and I am going to let my freak flag fly long enough to teach some of the practical/woo-woo systems that let me do what I do.

So I’m going to publish a series of little ebooks that illustrate those systems:

I’ll let you guys know when they’re out, but they’re very close to ready.

One of the hardest parts of the Year of Cruise has been the quiet investigation of my motivations.  It was humbling to discover that I knew more about my fictional characters’ goal, motivations and conflicts than I did about my own internal GMC.

It’s called “Working in the Soft” — and I’ve discovered that, especially for a creative, emotional, and ultimately cerebral craft such as ours, if I’m not exploring the subconscious landscape, I’m ultimately traveling blind through the “waking” world.

I discovered some real epiphanies around promotion, which I’m starting to sketch out into a workable “practical-woo-woo” system.

I’m calling it Be Yourself Out Loud, because ultimately, that seems to be the key.  I think that most writers look at promotion as looking at what others want, like a high school clique, and then trying to project that facade.

And like high school, instead of looking at who you are and what people would love about yourself — in short, giving yourself the recognition and appreciation you want — they keep forcing it and faking it, or running away and hiding.

It’s a lot easier to say “create an elevator pitch!” than it is to actually work on loving and appreciating ourselves and our work.  But ultimately, promotion has to come from that work in the soft.

In short, the Year of Cruise has been an exploration.

Not everything has gone smoothly in the Y.o.C.

For example, my laptop died a fiery, painful, blue-screened death.

The Boy, my soon-to-be-six-year-old-son, is going to have a birthday and wants a party with his school friends.

And I’ve got a creativity retreat coming up in July… my first time away from family, giving myself dedicated creative time, perhaps since The Boy was born.

However, all these things cost money.  About $1500 for the laptop, the party, the trip.

So I’m running an editing special to cover costs:  $1 per page for a high-level edit of your manuscript.  When I hit $1500, I’m closing it.  $50 will secure the rate if your manuscript isn’t quite ready.  Just email me.

Also, if you know anyone who would want to take advantage of this, please let them know!

Well, that’s it for me.  How is your writing year going?

4 Replies to “Postcard from the Year of Cruise.”