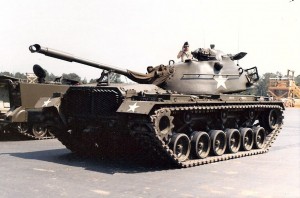 I recently had a workshop “chat” with a bunch of writers, on how to write every day.  Not that I necessarily advocate writing every day, but especially after my last run-in with my Muse, I discovered that if I don’t dedicate at least regular time and focus to writing… well, she gets miffed.  A miffed Muse is no fun.

Anyway, one of the participants asked me if I had any advice about procrastination.  When she had the time, she couldn’t seem to bring herself to write.

So I asked her what else she had going on.  She then rattled off a list of stuff that made my head swim:  she had a job, and a husband and kids, a house to tend to, and I think some other obligations — and of course, the stuff like social media platform building. I blinked, reading her list.

“It doesn’t sound like procrastination is your problem,” I typed back.  “It sounds like burn out is.”

The funny yet sad thing is, I know so many writers who are like this.  Who can’t look at everything they’re doing, and realize — holy hell, I need a nap.  No wonder they can’t write!  It’s not procrastination — it’s exhaustion!

Instead, they’re wondering why they can’t seem to do the things that everyone is presumably doing, that they’re perfectly physically capable of doing, that they… wait for it…

But they don’t say that.  They put their heads down and just plow forward as best they can, and feel guilty when that best means things inevitably fall by the wayside, only to be picked up haphazardly every few months or so in a frenzy of activity (usually because they’ve managed to have some sort of respite.)

On the recommendation of a friend, I started to read The War of Art, by Stephen Pressfield. While I think he had an interesting take on the subject, I have to admit I started getting uncomfortable — and upset — by lines like the following:

He then goes into detail about how Resistance is the enemy that wants to grind you down, and how you have to wake up every morning and brutally kick its ass so you can produce the great Art that is inside you.

I will reference, yet again, Havi Brooks of The Fluent Self, who I count as one of my greatest teachers.  She posits that all Resistance is a part of you.  So when you declare war on resistance — hi, you’re kicking your own ass.

War?  Yeah, a civil war — and all the violence is against you.

“Well, I need to,” some of you might be muttering.  “If I didn’t, I wouldn’t get anything done, because I’m a lazy git.”

Maybe it’s my returning to my hippie roots, thanks to my Year of Cruise.  But when I hear someone say “well, I need a drill instructor, because otherwise I’m lazy” all I’m hearing is:

“I don’t like myself, I don’t believe in myself, please beat me until I do it right.”

The other thing with that — it only works as long as you have the energy and resources to devote to the battle.  It’s not a natural system.  So if you need a drill instructor to sit down and write, then as soon as the drill instructor goes away, so does the writing.

And as someone who has had terminally low self-esteem for years, I can vouch:  an internalization of  “you maggot, get out of bed!  Sit down at the computer!  Write, you lazy asshole!” really does nothing for your writing.

I’m going to go more into detail in a future post, but for now, I’d like to pose the question:  what if we didn’t have to be miserable?

What if we loved our talent, and respected it enough to nourish it by taking care of ourselves?

What if we figured out what our resistance is trying to protect us from, and then negotiated a compromise that let us move forward without the fear?

What if we stopped platform building in fear, and started connecting through stuff we actually liked doing?

I am willing to give this a shot.

Maybe it’s the hippie talking. Maybe I’m not going to make a dime.   Maybe I’ll be a cautionary tale, but hey…

15 Replies to “A steaming pile of Should.”