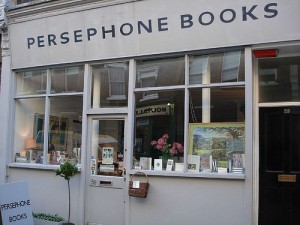 When I went to Berkeley, some friends and I went to a party where there was a palm analyst.  It was like a palm reading Tupperware party.

When it was my turn, she said I had a “line of Persephone.”  Part of my life purpose was to be like Persephone:  to delve deep in the Underworld, and bring its wisdom back above.

When I mentioned that I was a writer, she said, “Well.  That makes sense.”

Do you brave the Underworld?

When I teach classes, I’ve often told students:  write what scares the hell out of you.  That’s where the power is.

That doesn’t mean just writing tear-jerkers or horror stories.  For me, it means writing about things that make me uncomfortable.  Things that I’m not necessarily sure I should be sharing with the outside world.

The scariest things I can write are the things that are the most authentic.  They’re the parts of me that I would be the most hesitant to share in polite company.  (Any company, come to that.)

What happens on Cruise…

With the Year Long Cruise, you’d think that I wouldn’t be looking for things that scare the hell out of me.  But technically, that’s the perfect time. Vacations are the times when you do things you would never ordinarily do.  You run with the bulls. Reverse bungee jump.  Find out what the hell “moon cake” is in Amsterdam.  (Be wary of that last one, btw.)

You’re with fellow adventurers.  If it works, it’s awesome.  If it’s a train wreck… hey, odds are good you’re not going to see these people again. Live like you’re on vacation, right?

I’m writing a series about a temp who accidentally sells her soul.  To get it back, she needs to help her boss kill thirteen people.  It sounds scary, but it’s mostly funny, and fun.

The fear here:  the theme is about the devil’s bargains we all make.  The ones I’ve made.  What sort of deals have I made, thinking that I had to for my own survival?  What sort of devils did I deal with because I thought I had to?

What were my necessary evils?

My heroine feels like the patron saint of fuck ups, and she’s just doing what she’s got to do.  To say I relate to this girl is an understatement.  And the more her situations make me squirm, the more I know I’m on the right track.

Now your turn.  What scares you — and how are you writing about it?

7 Replies to “The Power of Persephone.”