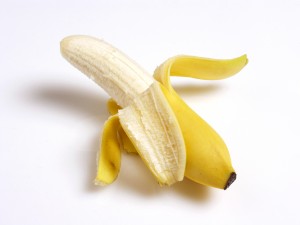 I don’t talk about my writing releases too much here, but I had the first book of a category romance series come out in January.

I also had the fantastic luck of being reviewed for the whole trilogy by a prominent romance review site.  The woman who runs the site is wonderful: intelligent, articulate, and just a cool person, from what I’ve read.   The people who read the site and comment seem fairly awesome, as well, and I was interested in their opinions.

In the third book in the trilogy, my heroine is half Chinese, half… well, not Chinese. (It’s left sort of vague.)

And in the comments, somebody called me on it.

Writing, literally, what I know.

The commenter remarked that “making characters half-something sounds kind of like whitewashing or toning down their race to make it more marketable.”  (She also remarked that she was not hating on bi-racial or multi-racial people, and I believe her: it was an observation more than a real rant.)

It brought up an interesting point, though, and I have to say it made me squirm even as it made me think.

The thing is, I am half Asian, half white, and proud to be what I usually call a “hybrid.”

I’ve written quite a few mixed-race characters.  I wrote a short story in an Asian romance anthology, that had a mixed-race Vietnamese heroine and a full Vietnamese hero. In my chick lit novels, which were usually trios of main POV characters, I’ve always included an Asian character — Chinese, Phillipina.  In Turning Japanese,  I wrote a character who was Japanese-Italian and goes to Tokyo to work at a manga (Japanese comic) publisher.

It wasn’t that I was whitewashing for the sake of acceptance or marketability.  With this particular series especially, but in category romance in general, I don’t think a pure Asian character is a drawback. (I could be wrong, but my editor’s never brought it up.)  I just always made the characters half-something.

Until the commenter’s post, I didn’t really look at why. I figured, it was what I know. We write what we know, right?

I write half-Asian characters because I’m somehow afraid I’m not Asian enough to write them believably.

Jesus.  Just that sentence was tough to type.

It was one review, and a good one at that.  One comment, and not anything scalding. (As a writer who has had a fatwah declared on her by a reviewer, I know from scathing, trust me.)

I just… I’m sort of gobsmacked that I never really thought about what I was doing. Or rather, really looked at the emotional rationale behind my choices.

Just sketching out this post, I suddenly remembered terms like Twinkie and banana (meaning “yellow on the outside, white on the inside” for those not up on the terminology.)  Both terms that frankly, nobody has ever called me in a non-joking manner.

Or, as another hybrid and I used to giggle to each other, rice crackers.

I remembered an incident I hadn’t thought of in years.  When I went to Berkeley, an Asian guy came up to me and asked, without preamble, “what are you?”

As if he had a right to know.

I also remembered I answered “Irish,” then stared his ass down until he slunk away.

Maybe I’ll write a full blooded Asian character down the line.  Maybe I won’t.  Racial identity is an element of my personality, I won’t pretend it isn’t.  But it’s a confusing one.

Noticing a “thing” is different than over-correcting and running hell-bent to “prove” something.

I don’t have to do anything.  Not right away.

I just need to sort of sit with it for a while.  And see what develops.

8 Replies to “Confessions of a Green Banana.”