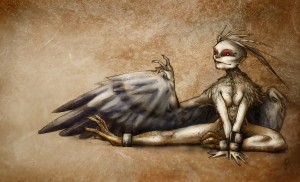 Creative block:  not so much.

I have a history of creative blocks… usually right after I sign a very ambitious contract.

I am writing the first, second and third books in a new humorous urban fantasy-ish series.  They’re all due this year. (Cue shivering feeling of anxiety.)  They will all get done.  And two will be released in the fourth quarter, almost back-to-back, both digitally and in print.

Being anxious about contracts does not fit into my Year-Long Cruise.

I love these stories, I love this publisher.  I’m calling each book due date a port of call.  I want to party my ass off at these ports of call.

So far, January has been about orientation.  I haven’t been on a year long cruise before, and I certainly haven’t been on this ship before.  So I’m learning where things are, what time things happen.  I’m setting up my state room the way I like it.  I’m developing my sea legs.  And yes, I’m fighting the seasick feeling of doing something utterly new, and possibly insane.

So I decided to meet my Muse, and ask her what’s up with the creative block thing.

My muse picks fights in bars.

Since I interview characters all the time, I decided to have a little conversation with my Muse.  It happened at a Starbucks, since it turns out we both like it there and she considers it a safe haven.

I learned she’s a she.

I also learned that she’s sort of sharp looking — thin and pixie-ish, ears like an elf, sharp features and huge hazel-brown eyes.  She’s dressed in Ragged Woodland chic, like Peter Pan as interpreted by Alexander McQueen.  She’s got wings that are thinner than plastic wrap, and iridescent as a gas slick.

She’s rough and tumble and looks like she just kicked Tinkerbell’s ass.  In a knife fight.  She’s quite a bit awesome.

She is also apparently pissed at me.

Having a conversation with my Muse.

I won’t transcribe the whole thing in detail.  She didn’t want to sit down with me to start with, but once she was at my table, she gave me an earful.

In a nutshell, she didn’t like the way that I didn’t make time for her.  She didn’t like that I was basically expecting her to show up when it was convenient for me, and she didn’t like the pressure I was putting on her to pay bills.  Like it didn’t matter what she did, which is be creative and amazing and beautiful.  The only thing that seemed to matter was what she could do for me.

Her wings were sort of tattered, and they were quite gossamer to begin with, so I was really hurting her.

I told her I was sorry.  I promised to make dedicated time for her, and to value her what she does.  That I’d love her just for being herself, not for how much cash she could come up with.  She’s still a bit pissed, but I’ve been writing more… and I’m happy with what she’s come up with.

My Muse Is Not Your Muse

I used to get my back up when I read other blogs and articles that basically said:

I’m not saying that.  Because personally, I do care.  I think there’s a business side to my art.  That the business side can be an art form in and of itself.

If nothing else, I believe that writing is a form of communication.  Writing that never sees the light of day is, essentially, talking to yourself.  Not that there’s anything wrong with that, but it’s like sex — nothing wrong with flying solo, but it’s more fun with someone else, in my opinion. 🙂

There’s a difference between the positive of valuing my work (enough to get paid for it, say)  and the ugly, desperate negative of writing out of fear (of not making income, of being a failure, etc.)

If you’re pursuing contracts or writing to deadline as a way to stay out of a day job, I respect that.  All I know is, my muse is not working with that mindset.

And no matter what other people’s Muses are doing, or how their careers are doing, I have to work with the pixie I’ve been given.  Otherwise, I have the sneaking feeling she’s going to kick my ass.

9 Replies to “A conversation with my Muse.”