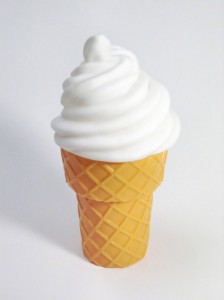 Previously, I’ve covered the concept of having a Right Reader.  Recently, on another blog by a lovely indie author who would prefer to remain nameless, she mentioned she was baffled by the idea.  Other commenters on her blog pointed out that they, too were stumped when it came to identifying their target market and right reader.

(I’m serious re: the lovely blogger, btw — she’s a great writer, and a fun blogger, and I’m glad I found her site.  And if she doesn’t mind me linking at some point, I will.)

Because of her post, I realized that I hadn’t communicated the concept clearly enough.  So I thought I’d expand a little.

Your writing comes before your Right Reader.

The Right Reader concept isn’t really about your writing.  It’s about your promotion.

You’re not looking for some ideal Right Reader, and then writing what you think she will want to read.  Absolutely not.

You’re going to look at what you write.  Look at what sets you apart, makes your stories different and special.  If you’re business-inclined, they call this your USP, or Unique Selling Proposition.

Personally, I call it your “Hedgehog” or your Thing, mostly because USP sounds like a tech issue.

Once you recognize what makes your writing special, you can start to visualize what reader is searching for just that.

I am not saying this is easier, mind you.  But this is how it works.  Write first.  Then think about who your reader is, through the lens of your writing.

The Right Reader is not your only audience.

In Japanese slang, there is a word, otaku, that refers to a super-fan: someone who is obsessively interested in a form of entertainment. (In American, it’s similar to geek, which I love but which can have negative connotations.)

Your Right Reader is your otaku.  She puts you on auto-buy.  She reads your blog, and makes comments.  She reviews you positively on Amazon and Goodreads.  When you’ve got a release out, she puts out happy “squeee!!!” posts on her Facebook page.

She doesn’t go so far as to stalk you, but she is thrilled to meet you at conferences, a fact that stuns you.

When you write anything that could be considered “marketing” you’re going to be writing with her in mind.  Why?  Because other people who might enjoy your book are not going to spread the word.  They’re not otaku.

You’re not reducing your readership by identifying your Right Reader.

Let’s say you hate vanilla ice cream. Really can’t stand it. For no good reason.  You love vanilla pudding, love vanilla lattes… it’s weird.  But there it is.

You’ve written a book about a woman who works in a restaurant.  To tie in, you decide to blog about desserts.

You’re considering writing about the fact that you hate vanilla ice cream, because it’s quirky and weird, and very you.

Then you think: well, there are readers out there who love vanilla.  And they might like your book.

Come to think of it, there might be people who aren’t really crazy about desserts in general.  But you’ve had people who were anti-dessert and still read your novel, and they liked it.  So you don’t necessarily want them to feel left out.

And hey, there are some people who never ever go out to eat.  But they liked your writing, and they’d probably relate to your character, you know, in general.

So you procrastinate on blogging. For, like, months.  Or you wind up blogging about something utterly generic, like “wow, I’ve been really busy” with the assumption that 90% of the world is busy.  You’re trying to offend no one, and identify with everyone.

Pleasing everyone = pleasing no one.

The idea behind promotion is to generate awareness of something you’ve created.  But more importantly, it’s meant to attract the attention of those people most likely to want it.

Why? Because they will appreciate it.  They will buy it.  And being honest, yes, you do want to sell copies, and promotion helps with that.

You’ve done something of value, and you deserve compensation… and that’s a whole separate blog post, so I’ll hold off on that until next time.

If you try to attract every single person who might enjoy your book, you’re casting your net too wide.  You’re not going to attract anyone.

It’s like yelling “hey, you!” at the train station:  people will glance at you for a minute, especially if you’re really loud, but once they realize they don’t know you, they figure you couldn’t possibly be calling to them and they keep on moving.

Be controversial simply by taking a stand.

I like promotion and marketing.  I do not believe in evil, self-serving, and most of all tacky and stupid promotion… but I also don’t believe that if you write it, they will come.

Whether you do the footwork, or someone does it for you, good books don’t simply pop out into the ether and spread into the popular consciousness like the plague.

I believe that you are trying to sell your damned books.  Yes, I believe in the art.  I love storytelling. If I were independently wealthy — like Oprah dollars, y’all — I would still write to exorcise the voices in my head.

But I am in this as a business, and I handle my business.

Some people may find this appalling.  They may feel that I am a vulgar, used-car-salesman styled snakeoil purveyor, pushing crappy product.  They may dislike me because I occasionally curse, I seem to hate vanilla ice cream, and apparently I mock  Jessica Fletcher.

They may think that I’m crass, uber-commercial, and probably a loser.

Not my Right Reader.  So, consequently, not keeping me up nights.

Doesn’t mean I hate them: I don’t.  Why would I?  Haters can  call me a Volkswagon all day long.  Doesn’t mean I have to sleep in the garage tonight.  To coin a phrase:   their opinion of me is none of my damned business.

If I wrote to please them, or at least not offend them, I would be ignoring my strengths and doing my Right Readers and myself a grave disservice.

Now, my Right Reader is another story.

If I’m upsetting her, or not getting through, then I care a great deal.  All my newsletters, all my blog posts, all my tweets and status updates, are written with her subconsciously in mind.

Like Jiminy Cricket, she keeps me on the path to what I really believe in, and encourages me to stay true to my voice.

I’ll be writing more on why I “profile” my Right Reader the way I do, and how to help you determine yours.  I may even take a few volunteers and give a profile, if anyone’s interested.

But the biggest takeaway, I think, is that your Right Reader is a reflection of the best of your writing. Why the hell wouldn’t you identify that?

Please re-tweet this, and spread the word — I’d love to hear the rebuttal, or if there are any other things that aren’t clear.

And thank you, Right Readers out there.  Seriously.  You know who you are — and I wouldn’t be here without you.